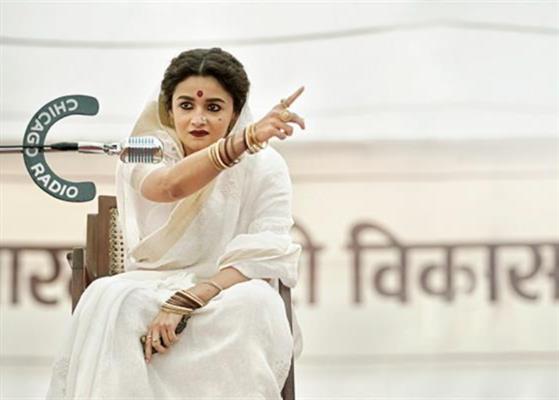 What: Gangubai Kathiawadi movie review: Alia Bhatt rules in a whistle blowing performance as Gangubai in an ‘entertaining’ biopic by the maverick Sanjay Leela Bhansali.

Based on the true story of Gangubai Harjivandas, popularly known as Gangubai Kothewali, in the book Mafia Queens of Mumbai by S. Hussain Zaidi, Gangubai Kathiawadi is the story of Ganga (Alia Bhatt) from Gujarat’s Kathiawad a big fan of the evergreen Dev Anand who dreams of becoming a Bollywood star, gets forced into prostitution in the Mumbai’s red light area – Kamathipura.

From here how Ganga turns into Gangu to Gangubai to the leader of Kamathipura and fights for the rights of sex workers and more finds the crux of this biopic. 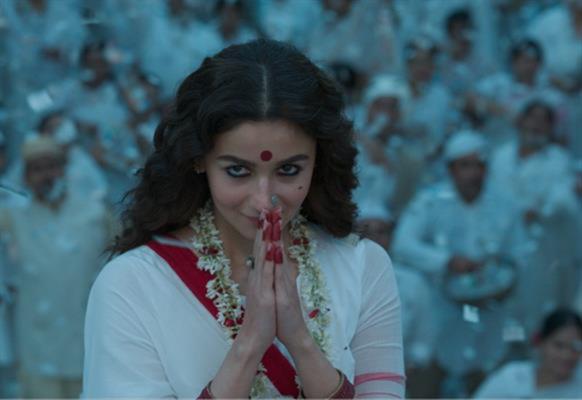 After the divine Padmaavat starring Deepika Padukone as Rani/Devi Padmaavati  - based on epic poem of the same name by Malik Muhammad Jayasi. Bhansali now moves from the palaces/Khothi of Rajasthan, Maharashtra (Bajirao Mastani) and Kolkata (Devdas) to the kotha of Mumbai’s Kamathipura in his ‘entertaining’ take on Gangubai Kathiawadi (Alia Bhatt) the so called mafia queen of the Mumbai’s dirty world of flesh trade, booze etc.

It’s a Sanjay Leela Bhansali style classic with dollops of his known grandiosity from time to time in his entertaining biographical musical.

It’s remarkable to bring such colors and charming atmosphere in a movie based on Kamathipura.

The musical set pieces are a rich blend of Gujarati folk (Dholida), touch of Thumri (Jab Saiyaan) and Qawwali (Shikayat), in Gangubai Kathiawadi.

An innocent girl from Gujarat gets forced into prostitution in Mumbai’s famous red light area, the girl in her terrific survival instincts makes killer moves and rises from a common sex worker to the messiah, leader of that ‘badnaam’ area.

She wears different shades of whites and spots around big bindi, carries a quarter of desi daru in her batwa (purse) owns a stylish car and calls the mafia don Rahim Lala (Ajay Devgn) modeled on Karim Lala her brother.

Gangubai is caring and also shrewd, ambitious and brave who had the guts to take on the male dominated society, meet PM Nehru and demand legalization of prostitution in India.

A cult figure and reports suggest that her statue is still there at Kamathipura. She made her way into everyone’s hears including her arch rivals like Raziabai (Vijay Raaz). 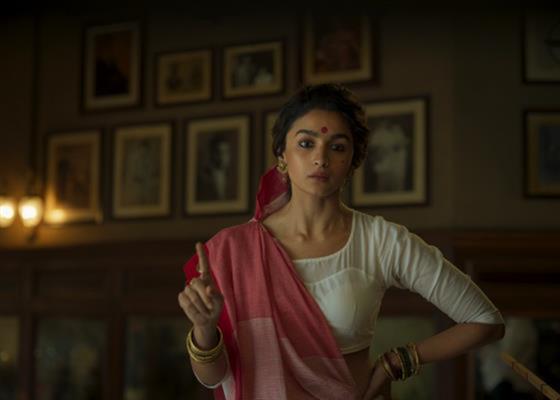 Alia Bhatt delivers a whistle blowing performance; Gangubai is her show all around. Arguably her best till date and undoubtedly her first all out dialogue baaz heroine wala role. Alia Bhatt is having a ball here and throwing it out of the park from time to time.

Last but not the least Ajay Devgn in a cameo is fabulous.

Any memorable scene/dialogues in Gangubai 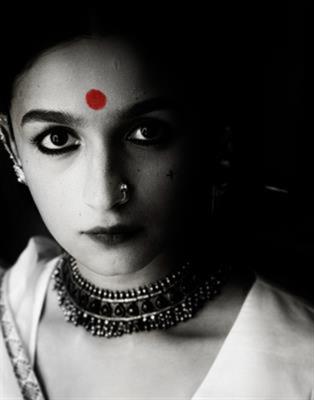 Sanjay Leela Bhansali’s music is a major plus. Dholida, Jab Saiyaan and Meri Jaan are the pick of the lot. 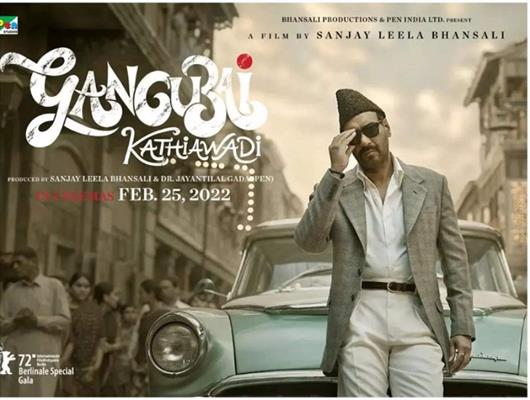 Sudeep Chatterjee’s splendid cinematography is mesmerizing. The art direction is apt and editing by Sanjay Leela Bhansali is as per the vision. 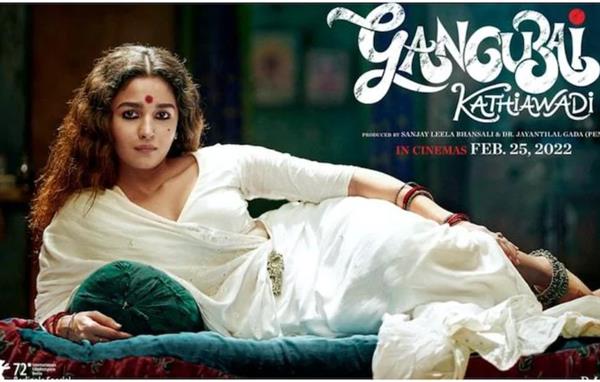 Bhansali’s popular mainstream story telling in Gangubai Kathiawadi is more entertaining and less enlightening. This could have been a powerful, hard hitting but alas, it’s lost in its eye popping visuals. Actually, the movie ends at a point (a starting point to a section of audience) where it was suppose to take the momentum to the next level.