Rashtra Kavach OM review: A terrible assault on your senses 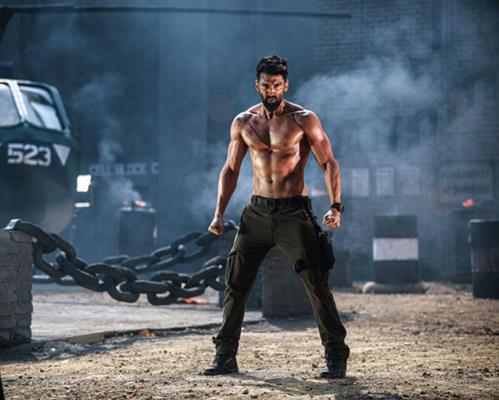 Rashtra Kavach Om review: A terrible assault on your senses

What: Rashtra Kavach Om - you need special kind of talent to make a film like OM, rechristened as Rashtra Kavach Om. It aspires to be an espionage thriller, an action extravaganza and patriotic drama, but ends up as a crude and ridiculous mix of all these elements.

It clearly appears to be a vehicle showcasing Aditya Roy Kapur's iron abs and body of steel, and the action seems so pretentious in this lousy film that centers on an undercover mission to get the 'Kavach' - a nuclear weapon formula from the high-profile traitors.

Kapur plays a brawny, brave and patriotic super commando RAW agent who loses his memory due to a gunshot at his brain while on an enemy-vanquishing action in a ship that introduces him with the camera caressing his musculature. Who shoots him?

Assumably dead, he actually recuperates in a safe house under the supervision of Dr. Kavya (Sanjana Sanghi) who also doubles up as an action aficionado when attacked by anonymous enemies!

Om is under the tutelage of Jai Rathore, a senior RAW Officer (Ashutosh Rana), who also happens to be his dad and works under Moorthy (Prakash Raj). With an enviable team of five agents, who cry out ' Jai Bhawani' at the drop of a hat, he carries out deadly missions and his most important one is get hold of Kavach.

The film reminds you of the 80's formulaic style where every step in the action is excruciatingly amplified by heavy music. Director Kapil Verma( son of illustrious action choreographer Tinnu Verma) plugs in extravagant action set pieces and exorbitant VFX into the story (Raja Saluja and Niket Pandey) that's horribly unimaginative, careless and irresponsible.

The action, which happens to be Ahmed Khan's forte, looks manipulative as it tries to embrace the spirit of Hollywood action sagas - Rambo and Lethal Weapon. In the final scene, we see Om pulling a helicopter with heavy iron chains, his biceps and triceps flexed and fondled under the swiftly moving camera!

Om lacks soul. The emotions it tries to portray fall flat. A sincere Aditya Roy Kapur is saddled under sloppy plot and uneven direction. You feel bad for talented actors like Jackie Shroff, Ashutosh Rana and Prakash Raj who try to lift the under-average writing, with their elementary character sketches.

Thankfully, the writers don't nurture a romantic track between Kapur and Sanghi and avoid unnecessary songs. Despite those potential distractions, Om is a terrible assault on your senses.

I go with 1 out of 5 for Rashtra Kavach Om