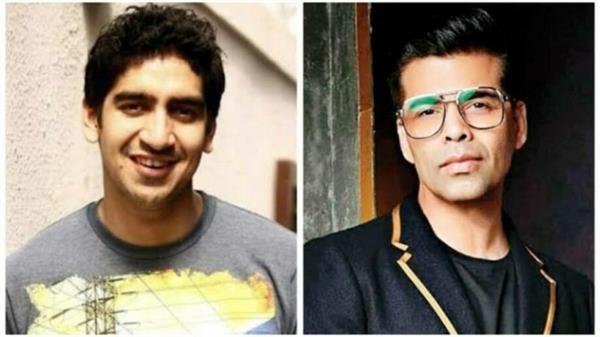 Did Ayan Mukerji and Karan Johar had creative differences over Brahmastra?. Are they both happy with the final cut?.

This will be unbelievable to many but a reliable insider associated with the makers on condition of anonymity has come out with this shocking disclosure.

Brahmastra – the Ranbir Kapoor, Alia Batt starrer ambitious magnum opus super hero/power razzle-dazzle which has minted a whopping around 125 crore in its three day weekend (as per figures from the producers, while the collections are in question for its authenticity),

Brahmastra -  Part One – Shiva - the first installment of the planned trilogy, part of an extended cinematic universe titled Astraverse (in the lines of Marvel Universe – Multiverse) starring Amitabh Bachchan, Mouni Roy, Nagarjuna Akkineni and Shah Rukh Khan (cameo) had gone through creative differences and debates (a couple of times heated) between Ayan Mukerji and Karan Johar.

Brahmastra: Ayan Mukerji and Karan Johar had creative differences?! The story goes like this

Our source on condition of anonymity reveals that Brahmastra went through significant changes, starting from the title Dragon to the initial plot inspired from famous Persian poet Jalāl al-Dīn Muḥammad Rumi aka Rumi, later it was changed to a story based on Hindu mythology about weapons and powers (astra, shastra) so Astraverse which sounded similar to Marvel’s  Multiverse.

The source reveals that things were not going as per expectations and there are some easily noticeable jumps – like the characters in Guriji – played by Amitabh Bachchan hideout in Himalayas not coming with proper explanation, the mystery behind Dimple Kapadia’s character, the unsatisfying climax which goes hotchpotch, the mention of Dev in the beginning, etc etc.

The source continues and says that Ayan had a second thought for a while and even desired to shift back to his original planned Dragon version but Karan Johar said that the project has been already delayed a lot and investors had already put in lot of money so this will be made as Astraverse.

The source recollects that when Ayan gave his version of Brahmastra, he was assured a free hand but that didn’t happen.

Brahmastra took a lot of time on the editing table and the source delivered a shocker when he said that Ayan was not happy with the final product as he felt that his instructions were not followed.

On this Karan and Ayan had an argument which got intense.

The source revealed that the end product of Brahmastra is not the way Ayan imagined and Karan has stepped in to push his vision and even claiming that Brahmastra can be completed without Ayan in one of those heated argument.

Brahmastra is a VFX triumph without any doubt, you may love the film solely for it, but those who have liked the film have also expressed concerns over the very average script and confusing mix of technology, religion and mythology which in turned questions the much publicized ten years in study and research for Brahmastra by Ayan Mukerji.

The movie is in public domain, the critics, reviewers, trade pundits, experts have given their opinion.

Now let’s see how far an average content packed by a four hundred and ten crore extravagant investment will give returns.

But the bigger question is

If the story shared by the above source is anyways near truth, what will happen to Brahmastra – Part Two – Deva ( surely – the 125 crore weekend will be enough to push the second installment for the corporate production house, no matter whether the figures are manipulated or real).

And if this is true, then will Karan Johar and Ayan Mukerji work again?

But then what is the reason behind Brahmastra – Part One – Shiva problematic second half or say the unsatisfying climax.

Is there a rift between Ayan Mukerji and Karan Johar?!

Watch this space for more..