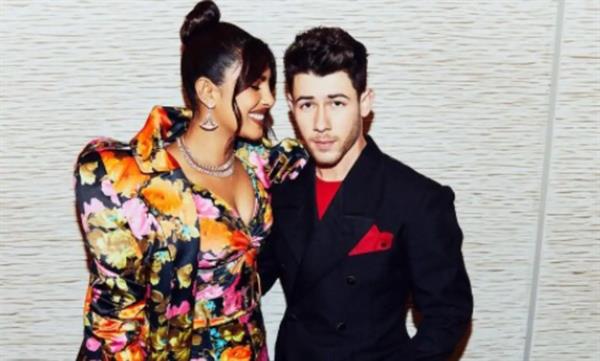 The reigning international queen chose for full floral fitted cat suit with a knot-style tie on the front for the red carpet. 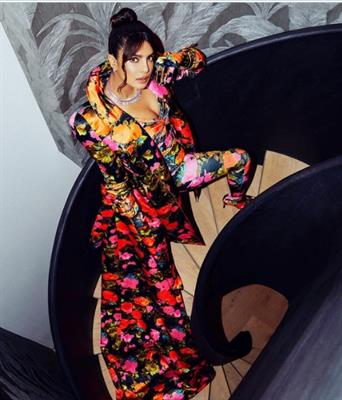 Priyanka Chopra Jonas styled the suit with a matching coat featuring a floor-sweeping long train to accentuate the look further. The sleek hairdo with face-framing tendrils left loose did the rest of the trick.

Priyanka Chopra Jonas wore Richard Quinn to support him as the designer bagged a nomination for the BFC Foundation Award for emerging talent.

So guys, all is well between the power couple.

Recently Priyanka Chopra has been in news after she dropped both Jonas and Chopra from her Twitter and Instagram handles. People started speculating about a rift between Chopra and Jones.

However, all rumours are now put to rest as Priyanka and Nick are made for each other forever.

Fans commented on the video and appreciated Nick's gesture. "He's such a Gentleman !! So loving and protective at the same time (sic)." Another user wrote, "one of the reasons I love him. He’s so attentive to her (sic)." 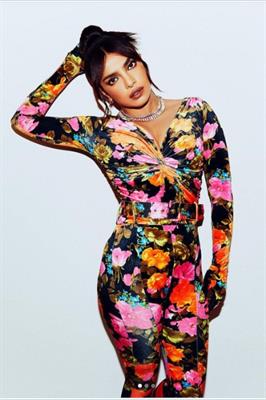 Priyanka Chopra will next be seen in The Matrix Resurrections.

Apart from The Matrix Resurrections Priyanka has international projects like Text For You and Citadel and a Hindi film Jee Le Zaraa in pipeline.

Also Read :THE WHITE TIGER MOVIE REVIEW: THE HALWAI WHO SOLD HIS KADAI