The Great Adipurush Debate: Prabhas, Om Raut, Manoj Muntashir have learnt their lessons?, will there be a change in the trailer? 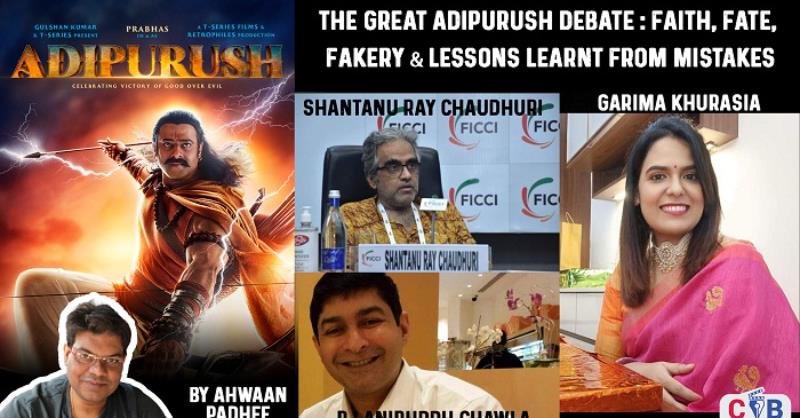 The Great Adipurush Debate: Prabhas, Om Raut, Manoj Muntashir have learnt their lessons?, will there be a change in the trailer?

The teaser of the 500 crore magnum opus Adipurush by Om Raut based on the world’s greatest Hindu epic Ramayana starring Prabhas as Raghava, Kriti Sanon as Janaki, and Saif Ali Khan as Lankesh draw flank for its depiction of Ravana, tacky Marvel inspired VFX and hurting the sentiments of Hindus.

Following the unexpected backlash, National award winning director Om Raut and writer Manoj Muntashir clarified that they are targeting the Marvel generation and people are jumping the gun by making their judgments on the movie based on just a teaser.

The debate conducted by Ahwaan Padnee discussed the following points

How much has the teaser of Adipurush has hurted the sentiments of Hindus?

Why Bollywood has to compete with Marvel?

Will the makers of the mega budget CGI adventure Adipurush realize their mistakes after the backlash and boycott calls?

Can a teaser decide the future of a movie?

Are the reactions of Adipurush justified?