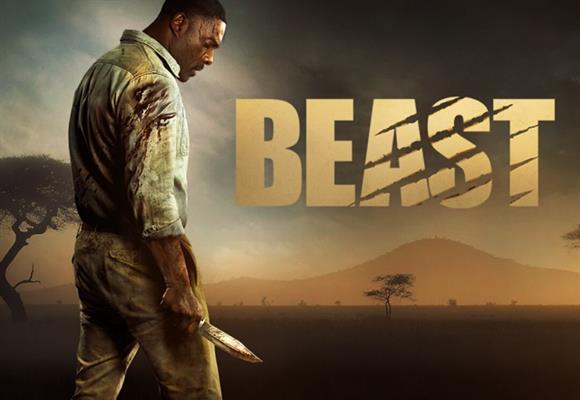 What: Beast - The Idris Alba starrer is a tense and thrilling survival drama with a man vs wild backdrop.

They say that Lion is the king of the jungle. They say that the lioness that hunts and the lion protects the 'pride' of its territory. And things are set to go berserk if their territory is disrupted with any foreign entity - be it human or any other animal.

These are the dopes of the national geographic info that Martin imparts his friend, Nate (Idris Alba) who is on a safari vacation to the African Savannah with his daughters, Mare and Norah.

On the personal front, Nate has lost his wife to cancer after they had separated and the equation with his daughters is not quite hunky dory as they hold a grudge against him for not taking care of his wife during her last days.

While Nate sees this vacation as a process of emotional healing and atonement, little does he know that it would jolt him and his family to a deadly fight for survival.

Their hopes of watching some of the most incredible creatures on the planet are ruptured when a massive and gargantuan lion, which has gone rogue, attacks their jeep after badly injuring Martin.

Director Baltasar Kormakur, who made action adventure films like Contraband, Everest and Adrift, stages each moment the man vs wild fight with breath-taking tension. The astute filmmaker's craft transcends to the myriad pockets of technicalities - an excellent sound design and pulsating background score, exquisite visuals and awe-inspiring VFX and CGI wizardry.

I literally squirmed in my seat and clenched my fingers in sheer feat of dread that loomed on Nate and his innocent daughters, arrested inside the claustrophobic SUV and the vengeful Beast pouncing on them from outside.

The lion is a completely CGI built product but the whole scenario exudes a hopelessly authentic vibe, except for the facile tussle between Nate and the poachers.

Writer Ryan Engle messaging on the poachers' cruelty and the resulting wrath of the Beast lands, albeit with inconsistencies.

Idris Alba's delivers a compelling performance, depicting the harrowing situation they are pushed into, with impeccable elan.The last act was over the top and difficult to digest though ! The girls, Iyana Halley and Leah Sava Jeffries perform earnestly, without a hint of affectation.

Beast deserves to be seen on the large screen, to feel the surmounting tension and thrill that escalates to an astounding degree each passing minute. It makes the struggle for survival palpable.